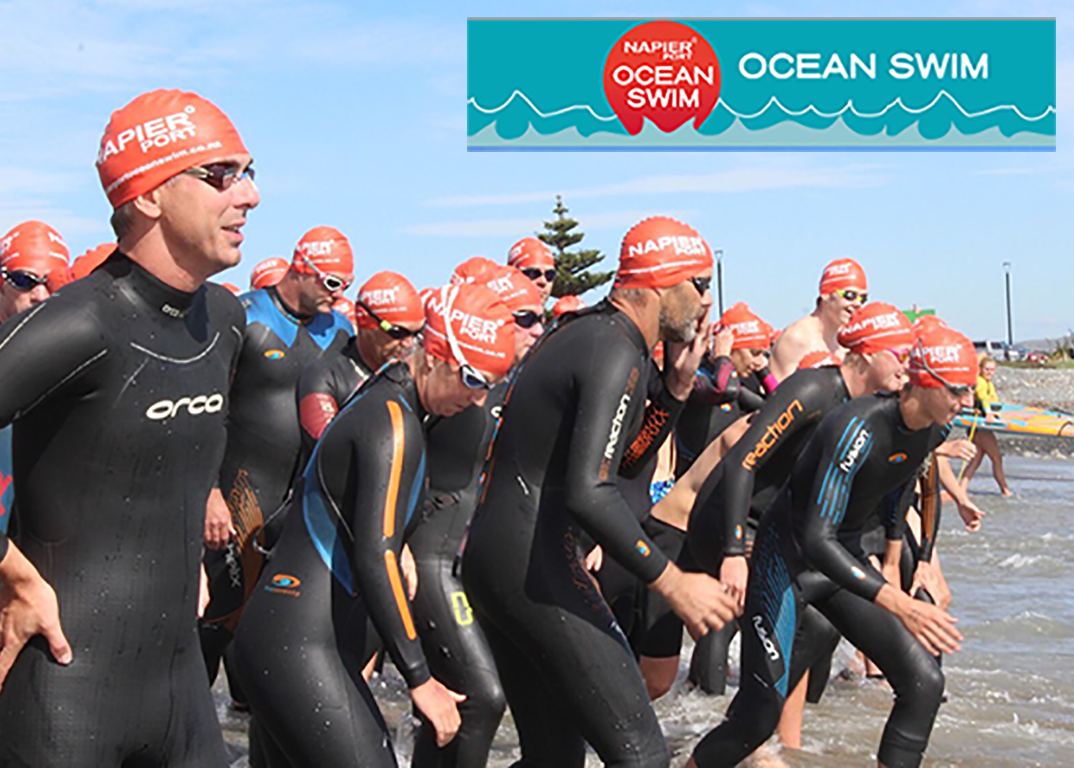 The annual 2018 Napier Port Ocean Swim at Ahuriri in Hawke’s Bay was held on Saturday 17 February and a record turnout saw more than 220 swimmers take to the water.

MAGIQ Software is a long–term sponsor of the Napier Port Ocean Swim, which has become an iconic event on the Hawke’s Bay sporting calendar and is now in its eighth consecutive year.

“We’re delighted to play a role in supporting this fantastic community event, ” said Colin Lillywhite, MAGIQ Software, Chief Executive Office. “It’s great to see the event growing in popularity and attracting swimmers from all over New Zealand to the Bay,” he said.

This year the MAGIQ Software 2.5km Ultimate Mixed Team event was won by Alena, Edie and Trent Kamper. Proud dad David Kamper has worked for MAGIQ Software for more than 30 years and is well known by many of our customers.

Congratulations to all swimmers who participated in the event and a big thank you and well done to the many volunteers who worked very hard to deliver another excellent community event.

More information on the event and the race results can be found on the Napier Port Ocean Swim website at https://www.napieroceanswim.co.nz.